Hamburg and Chicago: The Sister-City Relationship That Continues to Thrive 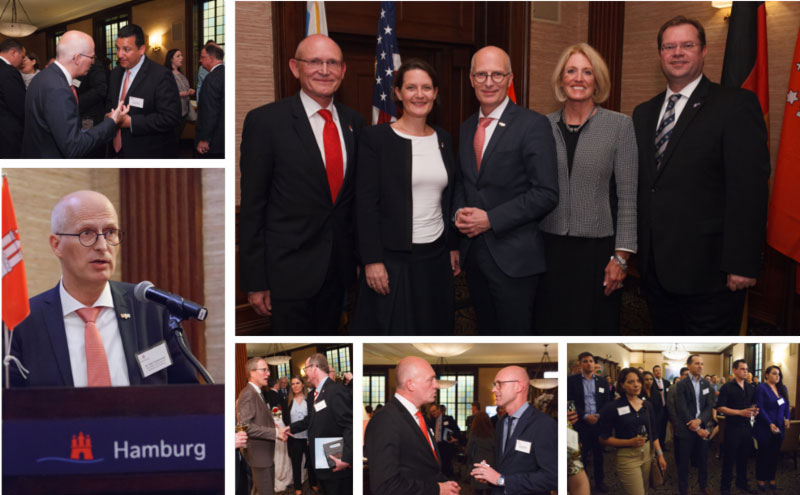 How Did We Get Here?

The Free and Hanseatic City of Hamburg is one of the most dynamic economic regions in Northern Europe. Hamburg has proven to be an international hub for several industries such as aviation and logistics. While they are also a notorious cultural hub of the arts. Beginning in the 1770s documented trade between Hamburg and Chicago helped immensely in the thriving growth of both cities. After the fall of the German revolutions of 1848/1849, nearly 20% of Chicago’s population was compiled of German immigrants. These immigrants were not always, but often from Hamburg, and continued to colonize the Midwest to build America’s “German Belt”. During the 20th century the number of German immigrants decreased in Chicago, especially after World War II. During this time, many Americans with German affiliation distanced themselves by changing their names or denying their ancestry.

In 1957 a movement to embrace the growth of both Hamburg and Chicago began uniting the two as sister-cities. Although the movement was unsuccessful at the time, it was not forgotten. Over the years, the German community in Chicago has grown to embrace their ancestral roots. With celebrations like Oktoberfest, the Christkindlmarkt and let’s not forget the annual Von-Steuben German Day Parade. In July 1994, Mayor Henning Voscherau of Hamburg led a delegation of 28 representatives to Chicago to sign the official sister city agreement. Ever since the signing of this agreement, both cities have continued to drive each other forward in economic growth.

On June 5th select members of our team were invited to partake in an exclusive evening sponsored by the German American Chamber of Commerce (GACC) Midwest. With a German designation headed by Dr. Peter Tschentscher, First Mayor and President of the Senate of the Free and Hanseatic City of Hamburg, we were educated on opportunities for those wishing to expand in the German market at the Union League Club in downtown Chicago, IL. Experts from the area provided insights into the current status, future trends and projected growth of one of the most attractive regions in Northern Europe. After the seminar, we were invited to join the rest of the attendees to continue building relationships during the networking reception later into the evening.