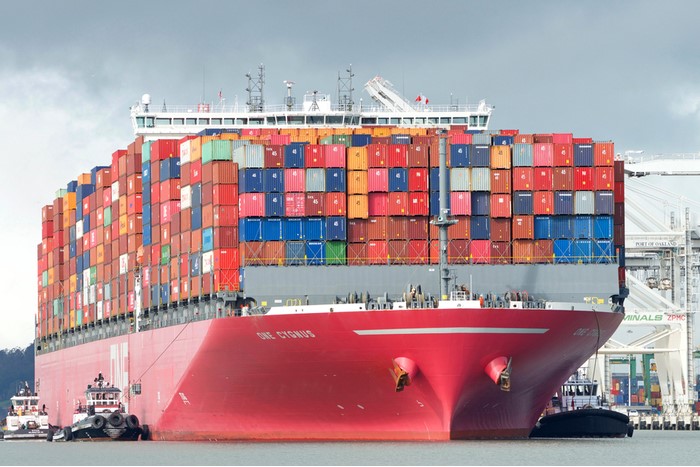 February 26, 2021 By Victoria Rahmanovic No comments yet

Global container vessel reliability fell to 34.9 percent in January, the lowest ever recorded, as ports around the world continued to struggle with near-record volumes for the sixth consecutive month.

“Global schedule reliability was down 33.5 percentage points compared to January 2020, and is now the lowest figure ever recorded by Sea-Intelligence [Maritime Analysis],” the maritime consulting firm said Thursday in its Global Liner Performance report.

The late vessel arrivals help explain why US ports have been struggling since last summer to handle near-record volumes of US imports from Asia and why port congestion will likely linger through the spring months.

Drilling deeper into the numbers, Sea-Intelligence noted that the number of days vessels are delayed and must sit at anchor while awaiting berthing space continued to increase, an ominous sign for ports, especially Los Angeles-Long Beach, where vessels awaiting berthing space is a major contributor to congestion at the largest US port complex. The ports of Los Angeles and Long Beach handle about 50 percent of US imports from Asia, according to PIERS, a JOC.com sister product within IHS Markit.

On the West Coast, the average delay for late vessel arrivals in January increased to 10.28 days, up from 8.01 days the previous month and 3.46 days in January 2020. “This was the second-highest figure on the trade lane,” Sea-Intelligence said.

On the East Coast, the average delay for late vessel arrivals increased to 5.53 days, up from 4.92 days in December and 3.63 days during the same month last year.

Late vessel departures from Asian load ports, and late vessel arrivals at US ports, have triggered a series of logistics issues throughout the transportation supply chain. Vessel bunching at the ports, congested marine terminals, excessive container dwell times on the terminals, long truck lines at the gates, and equipment shortages have occurred to varying degrees at some US gateways.

At the same time, US ports continue to handle near-record imports from Asia. Imports exploded in late June as the US economy reopened after the first wave of COVID-19 closures last spring, and imports have remained strong ever since. According to the Global Port Tracker, which is published monthly by the National Retail Federation and Hackett Associates, year-over-year monthly double-digit increases in import volumes are projected to continue at least through June.