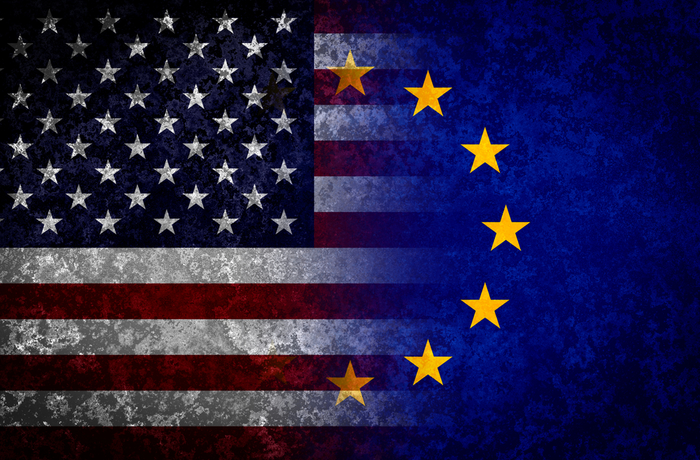 July 14, 2020 By Victoria Rahmanovic No comments yet

The latest round of potential tariffs on EU imports to the United States could be as high as 100 percent imports.

A rush to get European imports into the United States before a potential wave of tariffs is imposed in August could further tighten westbound trans-Atlantic capacity in the coming weeks, increasing the risk of rolled cargo.

There was front-loading of US imports from the European Union in January due the end of a comment period for retaliatory US tariffs, and now the end of a new public comment period leaves the window open for more tariffs, Alison Leavitt, managing director of the Wine and Spirits Shippers Association, told JOC.com. Leavitt said she is already seeing some of the association’s members front-load imports to avoid the tariffs tied to the US-EU dispute over government subsidies to Boeing and Airbus.

Current tariffs on EU imports range between 15 percent and 25 percent and are levied on $7.5 billion worth of goods. The latest round of potential tariffs could be as high as 100 percent imports, according to a US Trade Representative notice.

Separately, the Trump administration on Friday announced that starting next year, it would impose a 25 percent tariff on $1.3 billion worth of imports from France, including cosmetics, soap, and handbags. US importers of French wine dodged the new tariffs, which were a retaliatory move against a French tax on US technologies companies.

Wine and spirit shippers “are seeing bookings taken and then rolled. The alliances’ planning [of blank sailings] is not what it should be,” said Leavitt, adding that many of her members have already seen a surge of new demand tied to US shelter-in-place orders.

The carriers are easing the amount of capacity they blank in the third quarter. Westbound capacity from North Europe and the Mediterranean to the east coast of North America will be down 10 percent and 7 percent, respectively. Carriers have so far signaled that they will trim only 2 percent of capacity from Europe to the West Coast of North America, according to Sea-Intelligence.

US imports from Europe were down 9% in the first half of 2020 compared with the same period a year ago, according to data from PIERS, a sister company of JOC.com within IHS Markit. The decline, however, has deepened in recent months, with volumes falling 20.9% in May and 16.9% in June.